HomeDealing with Gender difference in marriage. 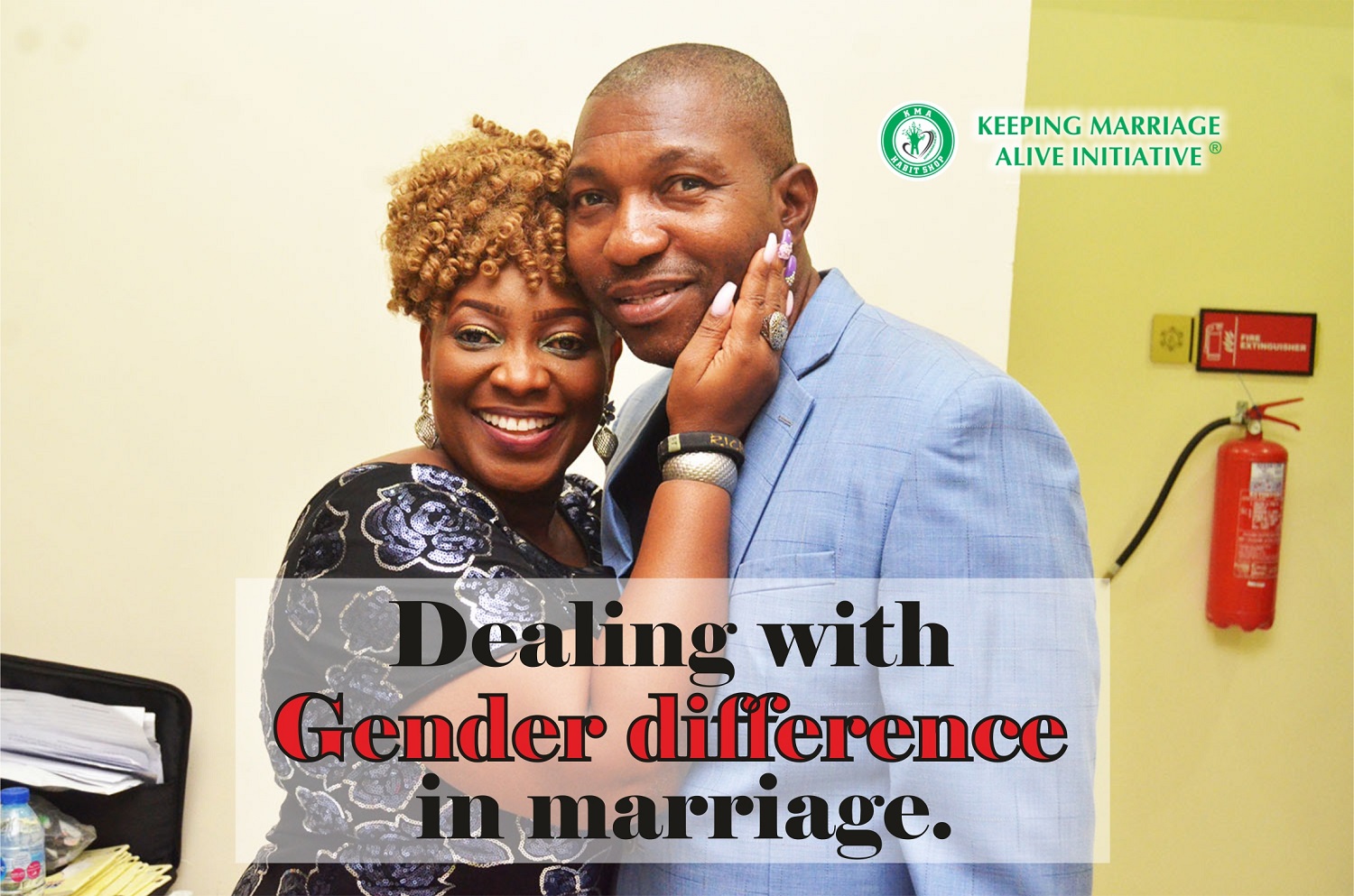 Dealing with Gender difference in marriage.

Gender differences; critical to the success of every marriage.

In the few years we have counselled couples, we have realized few key issues in marriage; gender difference being one.

Gender difference are those things physically, socially and otherwise that differentiates a man from a woman. Some of these gender differences are vital to our growth but some are built by social construct that are not necessarily advantageous to a particular gender.

Recently we watched a movie –‘on the basis of sex.’ This movie is a true life story about a couple, who are both lawyers and how the husband went ahead in his career just because he was a man. Interestingly his lawyer wife petitioned and help a male nanny to get justice.

Hubby and I come from the eastern part of Nigeria, where women are seen but usually not heard. But for the uniqueness of our journey we had to tailor this social gender difference to suit our marriage vision and preference.

A friend came for counselling quite upset with his mentor, who told him that he helps his wife in washing clothes. He came to enquire from us, if it was right…. I guess you know our answer.

Many couples during counselling tell us what they think their roles in marriage should be, but none has asked why it should be so; nor asked if it has impacted the marriage positively or negatively.

We need to be aware that we live in a global village with different issues that our parents might not have had, and if we will succeed, we need to begin to ask different questions from the usual:

Remember, gender differences are good only if they are tailored to fit our unique marriage.

“Will two people walk together unless they have agreed to do so?” Amos 3:3 (CEB).