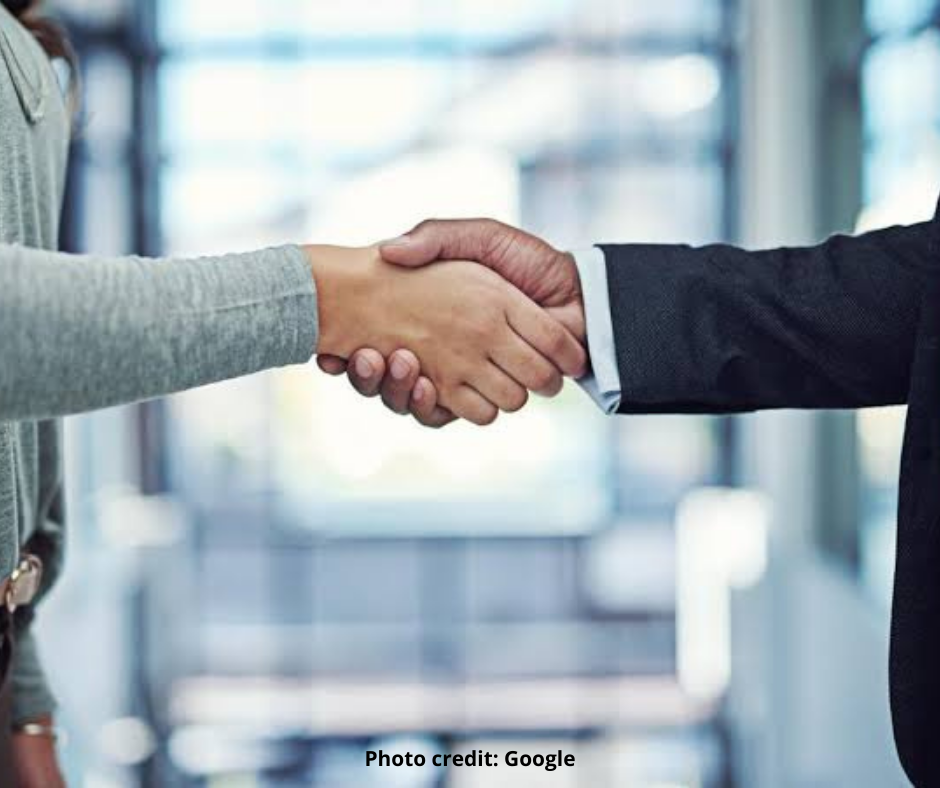 Ngee says… Collaboration is simply working with another person to achieve something. It is not a new word. It has been in existence right from creation. When God wanted to create the world, He said, let ‘us’ … Genesis 1:26.

Abraham wanted to achieve his goal of being the father of many nations, so he collaborated with Sarah his wife. The same goes for Mary and Joseph, the parents of Jesus. Even Moses needed his brother Aaron to be his voice. Another favourite of mine is Priscilla and Aquila – the husband and wife ministers that shared their life together; I call them the real copreneurs of their time.

But my all time favourite is Jochebed, Miriam and Pharaoh’s daughter. Their ability to work together in spite of their difficulties is amazing. Jochebed was the mother of Moses, she sought for help to protect her son from being killed. She put Moses in a basket and sent Miriam to watch who picks him up along the river. Unfortunately Pharaoh’s daughter picked him up (her father was the one that issued the decree that all Israelite male children should be killed).

What changed? What did she see that made her take a stand to listen to Miriam and allow Moses’ mother to become the nanny; thereby saving a dream and helping another to achieve purpose.

1) Set aside your differences:

When choosing whom to collaborate with; remember the goal or the reason come above your feelings. Pharaoh’s daughter was from the enemy’s camp, yet Jochebed was willing to work with her to achieve purpose.

Jochebed and Pharaoh’s daughter could be called enemies because of the situation on their hands. But they chose love, so that they could achieve their goals.

3) Step down from your high horse:

Sometimes for an idea or goal to be achieved one has to step down from ‘I’ to ‘us/we’. We should look at who should do what in order to achieve the goal at hand. No special preference.

4) Titles do not get results:

Jochebed was willing to become a nanny /nursing maid for her child/dream to come true. What price are you willing to pay to achieve your goal?

After a while Jochebed returned Moses to Pharaoh’s daughter and years later, the dream of him becoming the deliverer of Israel with the help of his siblings, came to pass.

As dream bearers, we must come to a point where we begin to put structure that does not revolve around us. Build with the future in mind. Partner with likeminded people who will continue the dream.

One of the greatest collaboration is with my husband in marriage and in our NGO and these few tips have kept us going. When things are tough and we do not agree; Hubby and I set aside our differences for the goal. We do not see the other as the enemy and we trust the process we are setting up daily. We learn, unlearn and relearn.

Do you have collaborations that help you in becoming all that God wants you to be?

Culled from our KMAI Anniversary/Award 7.0 magazine. Click here to grab your e-copy now!

“Will two people walk together unless they have agreed to do so?” Amos 3:3 (CEB).