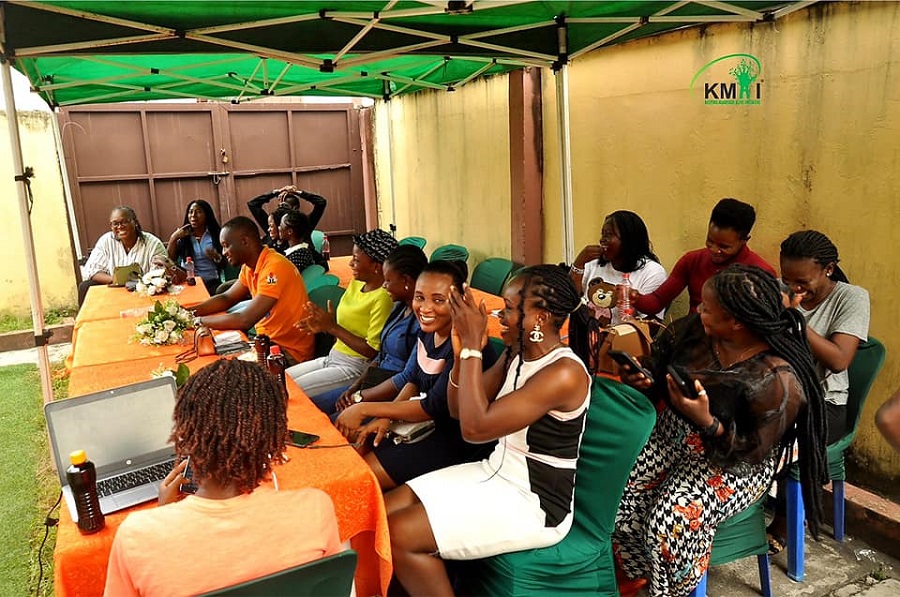 Ngee & Rich0 comments
It was a busy weekend for Keeping Marriage Alive Initiative as it hosted another of her major events for singles called 𝗟𝗼𝘃𝗲𝗦𝗸𝗼𝗼𝗹.
The singles gathered a second time this year to refresh, learn, unlearn and relearn from a masterpiece event tagged “𝗨𝗻𝘃𝗲𝗶𝗹𝗶𝗻𝗴 𝘁𝗵𝗲 𝗥𝗲𝗹𝗮𝘁𝗶𝗼𝗻𝘀𝗵𝗶𝗽 𝗖𝗼𝗱𝗲”.
The event commenced with a relationship movie titled “𝗧𝗵𝗲 𝗣𝗿𝗶𝗻𝗰𝗲𝘀𝘀 𝗖𝘂𝘁” and this ushered us into asking different questions based off the movie.
The program took a different turn during the 𝗰𝗮𝘀𝗲 𝘀𝘁𝘂𝗱𝘆 𝘀𝗲𝘀𝘀𝗶𝗼𝗻. Different points of view from each group were shared on how those cases could be resolved, with practical examples from defenders in each group. This session helped the singles interact, relax, brainstorm, laugh and become more interested in the event.
Guess what? 𝗧𝗵𝗲 𝗳𝗮𝘀𝘁𝗲𝘀𝘁 𝗳𝗶𝗻𝗴𝗲𝗿𝘀 𝗴𝗮𝗺𝗲 was inculcated with gift of recharge cards (MTN, Airtel, Glo and 9mobile) of which the winners were excited.
Ngee’s teaching on the theme “𝗨𝗻𝘃𝗲𝗶𝗹𝗶𝗻𝗴 𝘁𝗵𝗲 𝗥𝗲𝗹𝗮𝘁𝗶𝗼𝗻𝘀𝗵𝗶𝗽 𝗖𝗼𝗱𝗲” was really touching and full of lessons never to be forgotten. 𝗡𝗴𝗲𝗲 & 𝗥𝗶𝗰𝗵 advised the singles to start preparing now to become the wives and husbands they would like to be when they get into marriage.
This event was one of its kind, leaving an indelible mark on the hearts and minds of the attendees.