HomeInternational Women’s Day 2021 – Own Your Africanism 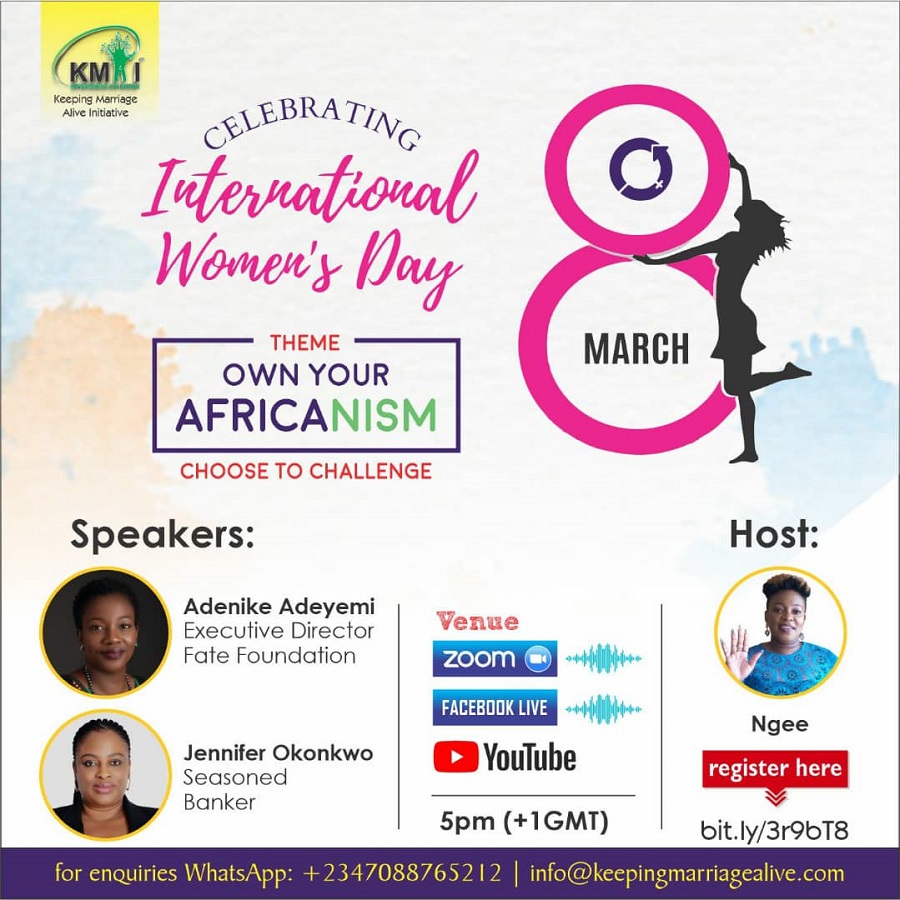 International Women’s Day 2021 – Own Your Africanism

Wow! It was an extraordinary day on Monday 8th March, 2021 as Woman and Marriage – an arm of Keeping Marriage Alive Initiative joined the world to celebrate the women.

Women from different parts of the country connected to this event as it was hosted via Zoom and streamed live on YouTube.

We were privileged to have two guest speakers – Adenike Adeyemi (Executive Director FATE foundation) who spoke on Igbo apprenticeship and its effect on us as women and Jennifer Okonkwo (Seasoned Banker) who challenged the women to go into politics (decision making places) to lend their voice.

Ngee also buttressed more on Own Your Africanism by making references to different women like Queen Amina , Flora Nwapa , Funmilayo Ransome Kuti etc who played unforgettable roles in our society and many others that are still present in our time like Ibukun Awosika , Ngozi Okonjo-Iweala , Folorunsho Alakija , Chimamanda Ngozi Adichie, Tara Fela-Durotoye etc.

All the women were encouraged to set themselves free from the thought that holds them back.

Ngee ended with this quote –