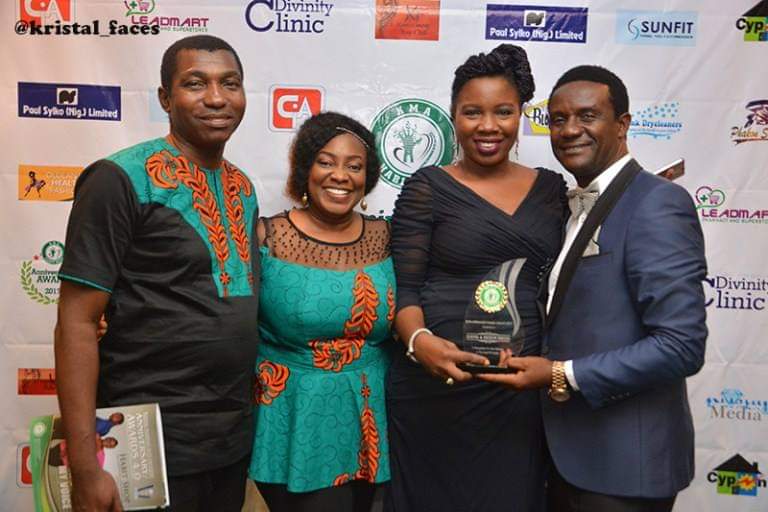 Ngee & Rich0 comments
KMA celebrated her Anniversary/Award for the 5th year. It was a program that can’t be forgotten in a long while.
The program was hosted at the Majesty Event Center- 711 Road, Festac Town, Lagos.
The program celebrated the act and life of selflessness of Nigerians starting with late Dr Stella (who saved Nigerians from Mass outbreak of Ebola). They celebrated also the likes of Uche Onyekwelu, Revd. & Pst (Mrs) Tunde Gideon, Mrs Rita Adachukwu James for their selfless service as singles, couple, role model and influencers.
KMA management also gave out 2 internal Awards to The Ogundes as the overall winner of the Close-knit Award courtesy Family Alive Boot Camp and Outstanding Stakeholders to Babatunde Quazeem for his selfless service to KMA.
The event also provided  the attendees with KMA’s annual magazine 2018. It was also an avenue to launch KMA’S 2 SIDES OF THE STORY handbook written by the KMA FOUNDERS – NGEE & RICH.
SHARING TIME:
We created avenue for people to share how KMA has touched their lives. It was really awesome and revealing.
The place was also lightened up with the song duet by-
Alive singers.
The Alive Troupe then stormed the program with 2 breathtaking drama presentations coupled with astonishing compere by MC Pato.
A little surprise thank you gift was given to Ngee and Rich by Mrs Chinasa Okoye; it was an emotional moment.
Refreshment time was a serve yourself experience!
The program was for 4 hours, 30minutes and everyone summed it up to be one of the best anniversary  KMA had had in a long while.
The event was spiced up with extravagant decorations from Bloglow, graphic designs by Hallukuk, media by Kristal Media, refreshments from ….
Kudos to KMA management and team for a successful program.
Compiled by,
Philip Ekundayo
Admin head